NeuraLight aims to track ALS, Parkinson’s and more with an ordinary webcam

The process of diagnosing and tracking the progression of neurological disorders like Alzheimer’s is often long and imprecise, involving surveys, hospital visits and in-person observations that experts must interpret on the fly. NeuraLight claims it has built a better way, one that uses nothing but an ordinary webcam and could have a huge effect on how these conditions are treated. The company just secured $25 million to build out the team and put the method in doctors’ hands.

The lack of standardization is a huge problem in diagnosis and tracking of neurological disorders: because they are so complex and often slow to develop, it is extremely difficult for a single approach to catch something like Alzheimer’s at an early stage.

In fact, it’s estimated that misdiagnosis is rife in the field, not due to any lack of rigor by caregivers but simply because of the level of variability in the process. Now imagine if you had a cohort of people diagnosed with a disorder, and as much as a quarter of them may not actually have it — how can you be sure that any treatment you’re testing is effective? This confidence crisis in the data needs an objective metric to be mitigated, and that’s what NeuraLight, based in Austin and Tel Aviv, is building.

Arkestro Announces $26 Million in Series A Funding Round

Vayyar Imaging, a global leader in 4D imaging radar, today announced that it has 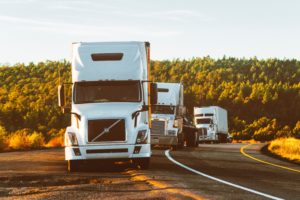 The co-founders of REPOWR know all about the traditional inefficiencies surrounding the logistics industry.  Patrick Visintainer and Spencer